This year was different. We had stepped up our game over the last 2 years and it was always going to be hard to top last year but, boy, did we do it and more.

The year kicked off well with the new beach lifeguard programme taking up a lot of attention, along with AED this whole element of sthoee has taken on a whole new life. It’s never been busier and we've never had so many courses and so many trainers live. We were happy to host a RLSS RNLI conference on Lifeguarding and made lots of new friends in the process.

At the pool survive and save continues to grow, the programme took time to bed down but we can safely say it’s up and working. Rookie got a new lease of life with a massive amount of new trainers representing 4 Irish Lifesaving Clubs. Sthoee continues to support volunteers nationally

Gear wise this year was a “refresh” year as we updated existing kit but there were some new acquisitions. Our Rescue SUPS , the first in Ireland , grabbed all the attention , we were not ready for just how big they are. As patrol  kit they are just fantastic. But. They. Are. Big.  Back in the pool data projectors became the norm. The times are certainly a changing

Open water was the biggest it’s ever been. Many long hot summers nights on the beach were enjoyed. It is hard to see how we could have had more people involved or how it could have been better. It was not unusual to see 50 people in the water and whole day events.

Our birthday took on a whole new life with the massive Game of Throws event. A whole new life-sized lifesaving reality game. Logistically this was big and loud. Everyone participating got our new Keep Calm and Kick your legs T shirt, speaking of shirts the new Lifeguard shirt was released and became an instant success, Throwers also won rather cool collectable Lifeguard camper vans. All swimmers now also have their new lanyards  marking out goals and successes.

And then at Christmas Scuba Santa made his return. At the end of the year we said goodbye to dear friend Marian Fenton, it was a joy to share a bank with her, she will be missed by all her friends and colleagues in DCU.
-o-
Sthoee has a lot of moving parts, as they new crew will tell you it takes many hours to make something look effortless. We have a great  team who go above and beyond to make sure that there is more

As we see lifesaving clubs struggle across Ireland and in the UK its tough to see just what we do differently and who we always have a list waiting to join. Could it be the value, the activities, the discounted courses, the integrity of the crew, the events nights, the open water , the gear? Perhaps. but I’d be putting my money on the craic . People enjoy being part of it and contributing.

So next year, well pool lifeguard is slated for January along with AED and First Aid. The master plan on beach is happening (ask if you don’t know what “beach as standard” is). Resuscitation Lifesaving and Rookie will all grow and we promise that 2013 year was only a warm up. It’s hard to single out one success or one event that made it happen

The list of thanks is too great, you know who you are, and you know the work you do, go raibh míle maith agaibh.

We are sorry to hear that our dear friend and colleague Marian Fenton has passed away.

It's not hard to find nice things to say about Marian, she had an abundance of enthusiasm and energy, always making us feel welcome

Our thoughts and prayers go out to all her Family. 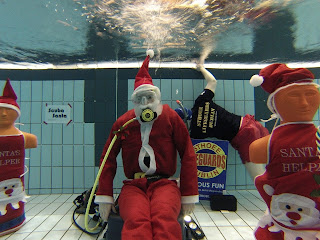 Well this is the picture that says it all.

Have a great Christmas everyone. Stay tuned over Christmas for updates 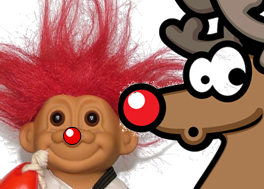 We have confirmation in that one of Santa's helpers will be onhandd for scuba santa.

yes, you can meet him but it'll have to be on the bottom of the pool.

*members you can get your picture taken with scuba santa  and emailed home, pictures are opt in , standard rules apply on cameras and cell phones - none! 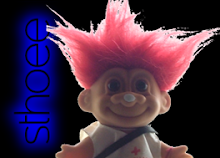 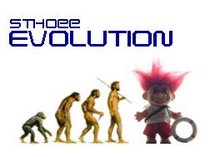